Use the delay to your advantage!

You launch an email marketing campaign! And in the first following hours your email get conversion. And then slowly but surely the graph of the registered clicks moves towards the bottom. 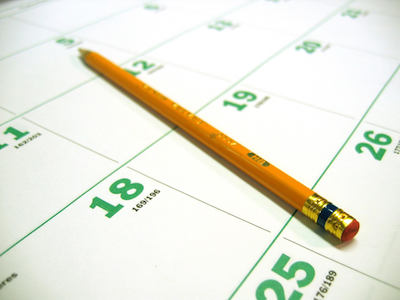 The weird thing is that days, sometimes weeks after the launch of your campaign, people are still clicking in your emails. These are certainly not large numbers – the speed of the medium email correlates directly with the speed of the reactions – but sometimes they are still generating conversion. Usually we don’t pay much attention to these late numbers in our statistics. Let alone we learn from them.

It might be interesting to analyze these latecomers as well. But then you have to make sure to combine the numbers of multiple campaigns. Because you need to rule out flukes. Are the same people always clicking later in your messages? That’s the first question you need to ask yourself. Can you recognize this phenomenon for certain contacts across multiple email campaigns? That means you have found a very specific audience.

These are obviously contacts that aren’t constantly on the lookout. You better isolate them in a separate list. Because hyper-relevant messages aren’t really their type of thing. The promotion could be finished when they finally see your messages. And your message will have lost its value. We all know that relevant content is the key to success.

You need to dive deeper into your target audience. There is still a lot to learn. You are often confronted – especially in a B2C environment – with email users who only read their messages periodically. Every Friday night mr. X reads his email messages. And then he possibly reacts to some things that happened during the week.

You don’t only have to send on Friday night. Not even once a week. But with a little bit of analytical thinking, you will be able to find a pattern. And then you can select specific moments in the reading calendar. That way, a reader will never read an outdated message in his mailbox. And you will remain at the top of the list.

But what do you do with contacts who click late and don’t show a specific pattern? It’s better to create a separate campaign for them. It’s better to direct them to a landing page. And that you can keep up to date at all times!

Jun 18, 2013Ann Flipkens
Previous story4 elements that distract your contacts from your newsletterNext storyA fairytale with over-enthusiastic e-marketers
Home Use the delay to your advantage!
9 years ago Uncategorized310

How to start with email marketing, Seasonal mailings, Strategy

The perfect email with a closing discount in 7 steps!

Dutch clothing chain Perfectly Basics is very active online. This should also include a strong email marketing strategy. And Perfectly Basics clearly thinks about what they send to their mailing lists. Oct 17, 2014Michelle Dassen

5 must-have elements for your newsletter

That first impression, you know by now. And then there are those email clients that do not spontaneously want to show your images. Today we give you five tips on how you can still save the furniture … Jun 4, 2013Michelle Dassen

Email marketing is the start of any good relationship

You see them so often, those pages that introduce a new product or business. They’re short, promising, but all contain just a clear white space. For you to leave your email address. The winners of the “My pop-up restaurant” really scored here. They are already collecting the first customers for their new restaurant – and […]

Sell with the email address

When you go to a store, you often find some cards laying around that customers can use to fill out their email address. It is a good idea to use an offline channel to gather more subscriptions. Below, you’ll find some ideas to do this as efficiently as possible. Jan 25, 2013Thomas Vangelooven

Email marketing can also support the online shop of your company. And that goes a lot further than promotions to announce new products. Dec 19, 2012Thomas Vangelooven

Email marketing always works. As long as you spread enough messages, you will always get conversion. But that is the wrong starting point. Each inbox where you invade with your email message, should mean a great opportunity for success. And you can’t do that with standard messages, but with thoughtful communication. Today we give away […]

Let your readers play along in your email message!

The example that we introduce to you today of Frankwatching is a clear example of how content can be applied to turn a revenue eventually. But there are more remarkable elements about this email message. Nov 26, 2015Ann Flipkens

Gold medal for email according to American research

Research of the American Pew Research Center recently showed that email is the most important online tools, for everyone who is working professionally. Jan 24, 2015Thomas Vangelooven